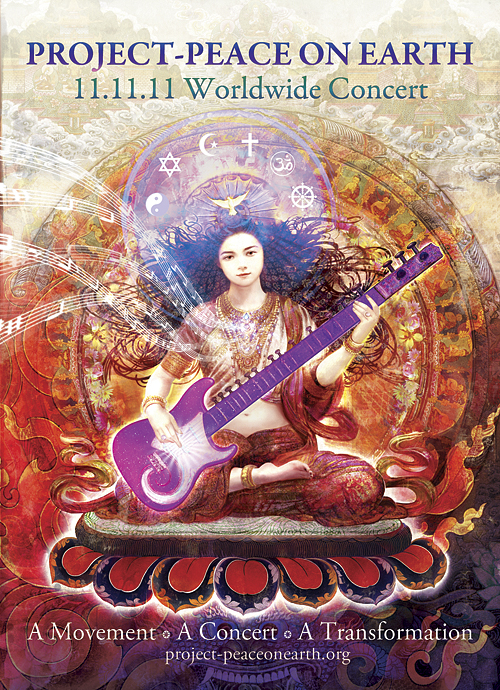 In one month 11/11/11 three important events will happen on the same day.

#1. Project-Peace on Earth will broadcast its historic peace concert in Manger Square in Bethlehem, Palestine. The spiritual and political significance of this concert in the middle east at this moment in time is groundbreaking. Music can be a powerful healing balm. The Palestinian government is paying for a good deal of this event to show the world their intentions. Twenty years in the making! Support this effort for sanity.

I have been working as a creative director with the founder Steve Robinson on the branding etc. of PPOE and even stage design. I also created the concert poster with Tibetan artist Romio Shesthra. The museum quality limited edition giclee will only be sold this year with proceeds going to PPOE.  The print is truly stunning.

“The print has arrived.  Oh, man!  She’s even more beautiful than I expected.  You would think that, over several months of looking over your work on a screen, I might not have been so moved.  But tears almost came to my eyes.   She’s superb!  Thank you!”
-David Domenico 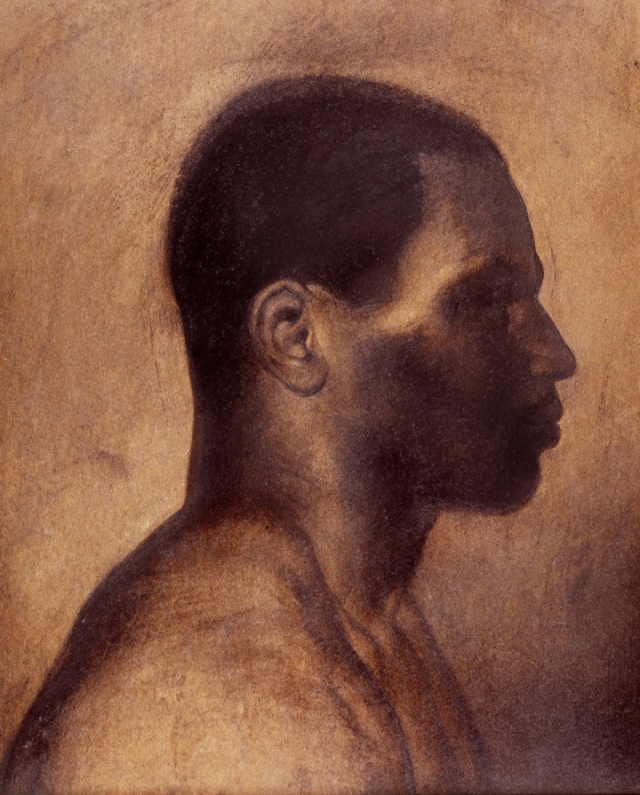 #2. Heritage Auctions will be auctioning my 25th Anniversary Art Time Capsule of Mike Tyson on November 11th. This will be my first auction of this caliber. It is the only illustrative journalistic project created by an artist on Tyson in existence.

In the summer of 1986 I spent ten days in Catskill, New York recording my impressions of the soon to be youngest world heavy weight champion of the world. In the hot muggy days of Cus D’Amato’s old gym I dove into the world of boxing and Mike Tyson and returned with one of the most powerful projects of my illustration career. It represented a special moment in Tyson’s career as it truly reflected the quiet before the storm. Six months later he would become champion and nothing would be the same. It includes:

A) Fifteen pieces of signed artwork, five life size. These include many sketches of Tyson, trainer Kevin Rooney, and the gym itself and the equipment within. I traced Tyson on large pieces of paper to create perfectly scaled images. The largest painting Power and Science (40″x53″) is framed.

#3. Lastly, I have been putting the finishing touches on another historic project, The Visions of Vespertina story. This project has been brewing for over twenty years. My Kickstarter pre-ordering event on 11/11/11 will showcase a small film about the project and offer special items for my patrons. Read more about Vespertina and her band of mystic warriors on the Spalenka Eye for now. Stay tuned.